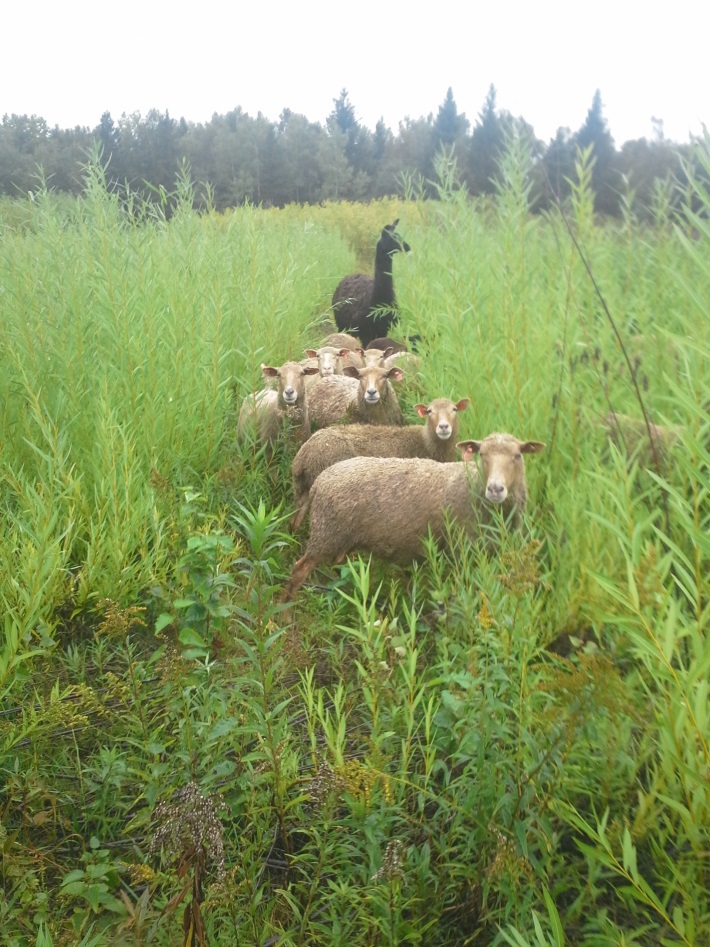 Method
In 2007, a short rotation woody coppice plantation was established by the Canadian Forest Service to assess the potential of fast growing willow and poplar for bioenergy. A section of this plantation was fenced off and split into four 0.75 acre paddocks. Trees were cut to 4” and allowed to regrow to heights of 12-24” before sixty mature, dry, Arcott Outaouais ewes rotationally grazed the new re-growth. Outside the grazed area, three species of native trees (Speckled Alder, Trembling Aspen, and White Birch) were also coppiced for comparison with the domestic varieties. Samples of the new growth were taken to determine dry matter yields and nutrient content of the tree re-growth.

The data were analyzed to compare different groups of trees as follows:

There were no statistically significant differences between any of the above tree groups for N (which is closely related to crude protein content), Na, B, Zn, Fe, or Mo.

Thanks to our farmer co-operators Colleen Alloi and Brent Atwell for their assistance with this project.