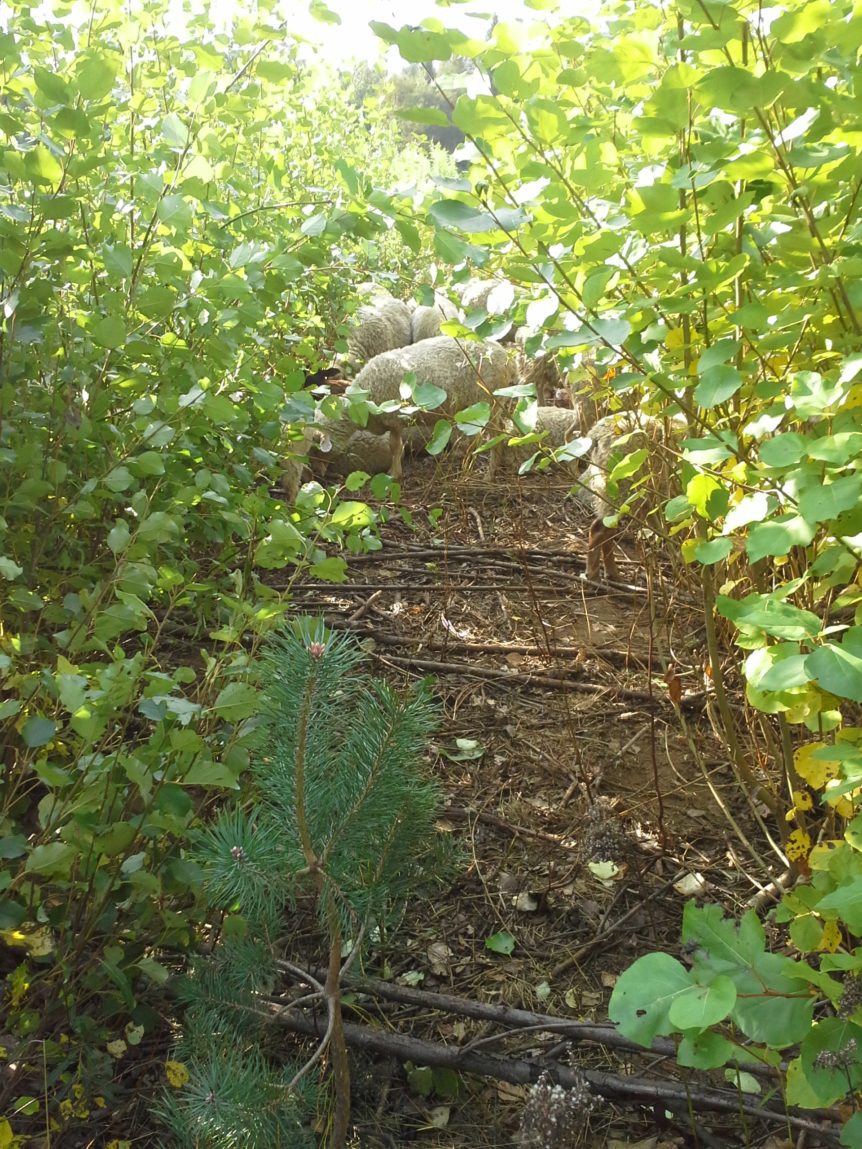 This research note is part of a series detailing results from different facets of the trial. For more information, see:

In 2007, a short rotation woody coppice plantation was established by the Canadian Forest Service to assess the potential of fast growing willow and poplar for bioenergy. A section of this plantation was fenced off and split into four 0.75 acre paddocks. Trees were cut to 4” and allowed to regrow to heights of 12-24” before sixty mature, dry, Arcott Outaouais ewes rotationally grazed the new re-growth. Sheep were monitored to determine if any preferences for different tree species/varieties existed.  Samples of the new growth were taken to determine dry matter yields and nutrient content of the tree re-growth. 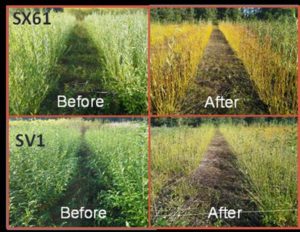 Figure 1. Sheep consumption of their two favourite varieties of willow.

Ewes requiring a maintenance diet (i.e.: not breeding, in later stages of pregnancy, or lactating) need calcium at 0.2% of their total diet in order to maintain their skeletal system. All leaf samples exceeded this requirement, so it is unlikely that their selection preferences were motivated by calcium content. 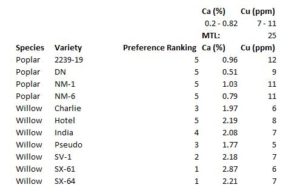 Sheep are more likely than any other domestic animal to develop chronic copper poisoning (CCP). Normal plant levels of copper are between 10 and 20 ppm (the tree leaves in this trial were between 5 – 12 ppm). Molybdenum plays a critical role in limiting copper uptake in sheep and preventing toxicity; sheep require at least 0.5 ppm molybdenum in their diet. None of the trees contained more than 0.35 ppm molybdenum. Soil sulphur levels influence molybdenum availability; high levels of sulphur tie up molybdenum and prevent it from regulating copper absorption. The soils on this site had very high sulphur levels, at 19 ppm. Because there may be a nutritional motive for sheep to select against copper content, the Rural Agri-Innovation Network (RAIN) is consulting a sheep nutritionist to determine if there is any evidence that sheep express copper avoidance.

Thanks to our farmer cooperators Brent Attwell and Colleen Alloi for their assistance with this project.