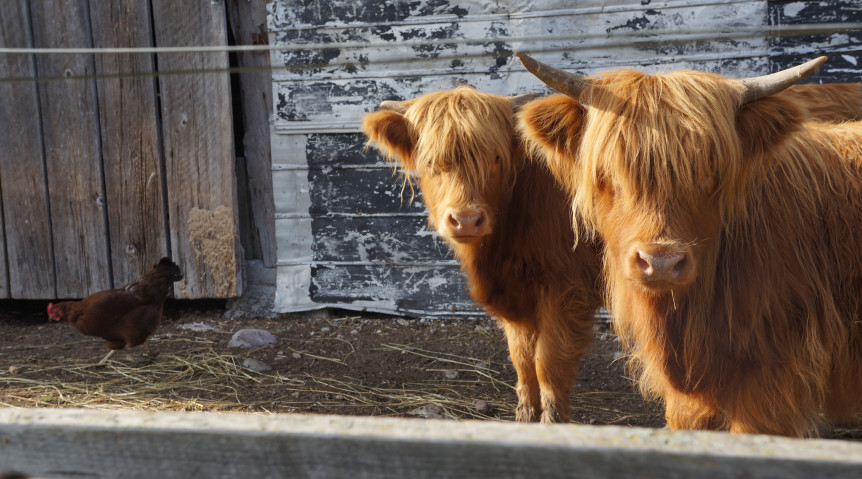 By paying attention to herd animal biology, farmers in the Algoma region can improve the overall quality of their animals and agricultural businesses over the years. Managing livestock through controlled breeding practices offers farmers a means to save money over the winters and improve their farms efficiency.

In this research note, we explore the husbandry advantages for the better management of livestock through the creation of synchronized breeding seasons and knowledge of an animal’s pedigree.

One of the most accessible techniques for improving cattle production is to synchronize herd conceptions and to calf early in the season; not only does this allow for a better managed herd, but breeding the herd earlier in the season will produce more weight gain per calf upon time of sale. Calves born earlier in the season have a longer period of time to gain weight before they are sold at the end of season. Animals that are weaned earlier in the year will also have access to the better nutritional content found in pastures as fodder quality decreases as the season progresses. Keeping the herd synchronized is as straightforward as controlling access to a sire; rather than allow the bull to remain with the herd all season, consider limiting herd access to only a 60 day breeding season. Synchronizing the herd with a controlled breeding season allows a farmer to identify which females are worth keeping and which ones are not optimally receptive.

By selling off those individuals that did not conceive during the 60 day period, the farm business can benefit two-fold; once from the sale un-productive animals, and again from the savings of having fewer animals to feed during the winter months. Replacement livestock can be purchased again in the spring before the breeding season is opened. 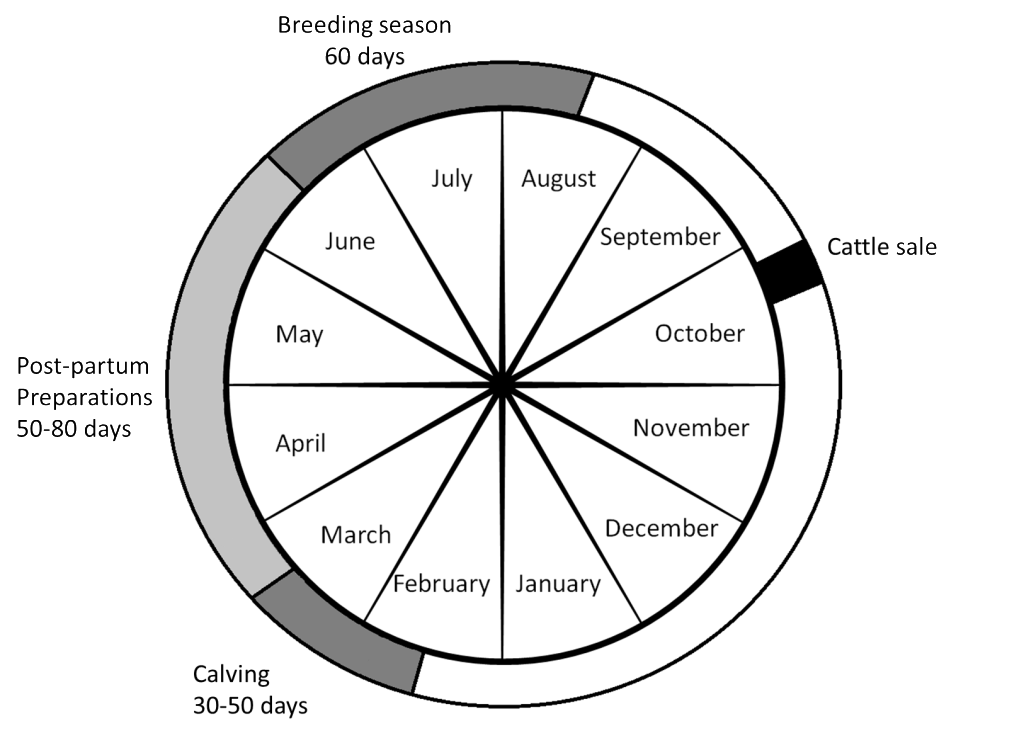 First-calf heifers usually take longer to conceive than more seasoned cows, and one option to aid pregnancy rates is to expose these heifers to the bull for a few weeks before the rest of the herd allowing for greater odds of fertilization. Keep in mind however that the nutritional status of your animals plays heavily into successful pregnancies; if your herd has difficulties conceiving in general, animal stress and adequate nutrition are two accessible areas to investigate and address. By selling off animals which did not become pregnant, a farmer can develop a highly productive herd in just a few short years. Additionally, selling off non-pregnant animals before winter allows a farm business to save a considerable amount in terms of winter feeding costs, and offers the option of purchasing new livestock in the following year. Come the following spring, all of the remaining members of the herd will be ready to wean at approximately the same time, and will be ready to be put on pasture just in time to recover and conceive again.

Managing for your needs3,4

With some attention towards selection and general herd management, Algoma farmers can begin to select and breed animals which exhibit beneficial traits to their farm businesses. Through the selective breeding of animals with desirable production minded traits (e.g., milk production, weight gain, and calving efficiency) better producing offspring are created, which will in turn produce better offspring. However, to successfully implement a breeding program into any operation requires a significant amount of animal management and observation.

One of the most accessible options for farmers is to exploit the phenomenon of hybrid vigor, or heterosis. Hybrid vigor (HV) occurs when an offspring is born with traits that exceed both of the parents, such as an increased ability to gain weight, or an extra thick coat of fur. Traits which respond well to the effects of hybrid vigor are those which have low heritabilities such as reproductive efficiency and offspring survival. Heterosis in offspring is most easily obtained through crossing two different types of pure bred animals and can be used to produce offspring with increased yields in overall biomass, speed of development, and fertility, depending on the mating. 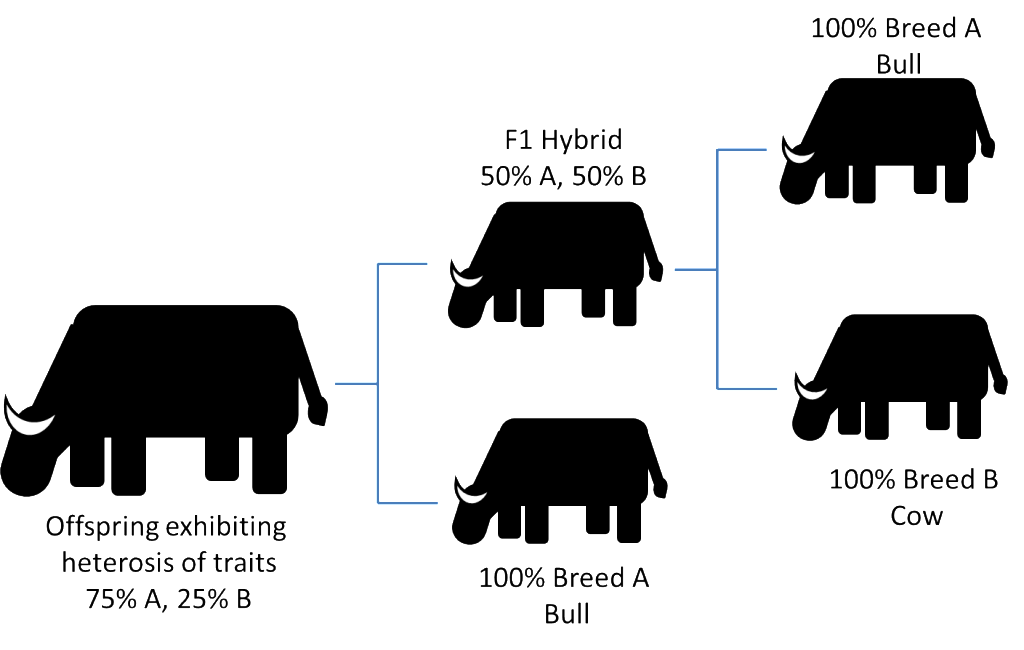 Heritability differs from heterosis in that heritability is a measure of the variation, or odds of expressing a particular trait in any given individual of a population (e.g., mature weight and carcass quality), and that a heritable trait doesn’t have to exceed that of the parents, whereas with heterosis the heritable trait does. In short, heritability is related to selective breeding, while heterosis is related to crossbreeding, both of which can be used to make a better animal.