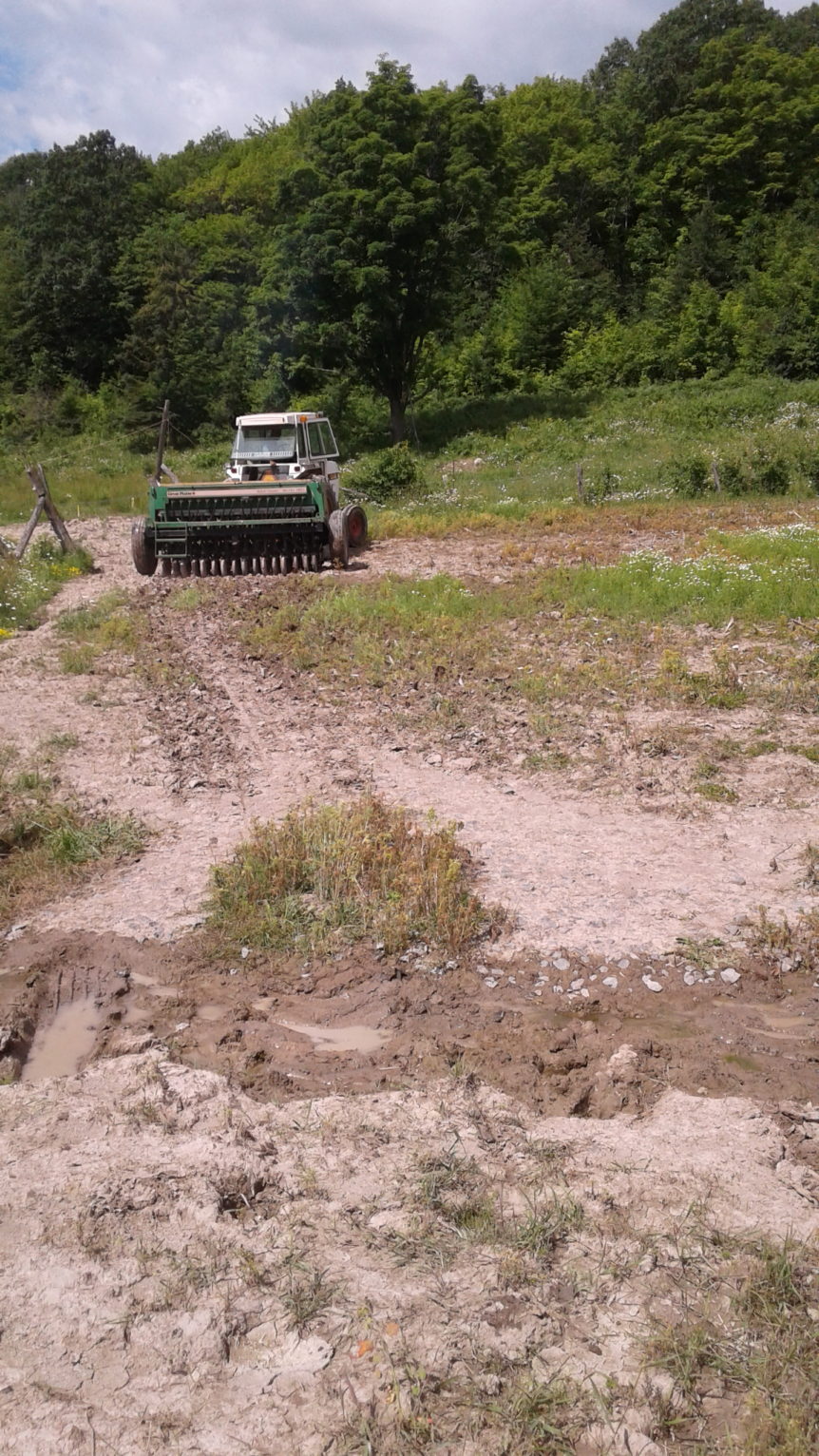 Since the 1850s, air pollution provided enough sulphur for crop production in Ontario, except in the northwest. As the world has been decreasing industrial pollution, some plants may need sulphur as a fertilizer. Ontario does not have a recommendation for sulphur application. Since brassicas are a group of non-leguminous crops that have a high sulphur demand and grow well in Northern conditions, a trial was developed to see how these brassicas would respond to the sulphur. Three brassica crops were picked to represent Algoma producers accurately: canola for cash croppers; cabbage, broccoli, and cauliflower for market gardeners; and a forage brassica mix that could extend grazing season for livestock producers.

The second part of this trial was working with a forage brassica mix, that consisted of kale and turnip and the effects sulphur had on it. This mix was designed for hunters to use to bait deer. In this case though, it was used as a forage extension crop for livestock – specifically, a cow herd.  The animals would be able to graze the area in the late summer, early fall. The mix was planted on July 11th, 2017 with a no-till drill, with help from our farmer co-operator near Desbarats. Sulphur was added to see if it would influence yield or quality of the kale and turnip. There were 4 blocks, all containing rates of elemental sulphur at 0 kg, 12 kg, 24 kg, 36 kg, and 48 kg. The brassicas were also given background fertilizer on suggestion of the soil samples taken before planting. Algoma received a considerable amount of rain during the season but the brassicas did well. Blocks one and two grew rather well, however blocks three and four grew poorly. This could be due to the different soil types; the end of the field that blocks three and four were on, had more clay. Blocks one and two were on an area that was sandier. Samples from the brassicas were taken October 19, 2017. Within the week (late Oct), the cow herd grazed the remaining brassicas. Treatment four (36 kg/SO4) produced the best overall crop. It produced the highest yield on average within the blocks; however, once the higher rate of sulphur was applied (48 kg/SO4) the yield declined. Forage samples were sent to the lab to be analyzed but did not show anything significant. This part of the project shows that the sulphur did influence the kale and turnip, and that the second highest rate yielded the best.

Overall this whole trail was deemed a success. It was determined that sulphur does influence the yield of brassicas, especially in canola. Considering the wet year of 2017, the project worked out well. Producers should start thinking about adding sulphur to their regular fertilization techniques. A second year of all the trials would be beneficial to see the effects of sulphur on a more typical, dryer season.

This project was funded in part through Growing Forward 2 (GF2), a federal-provincial-territorial initiative. The Agricultural Adaptation Council assists in the delivery of GF2 in Ontario