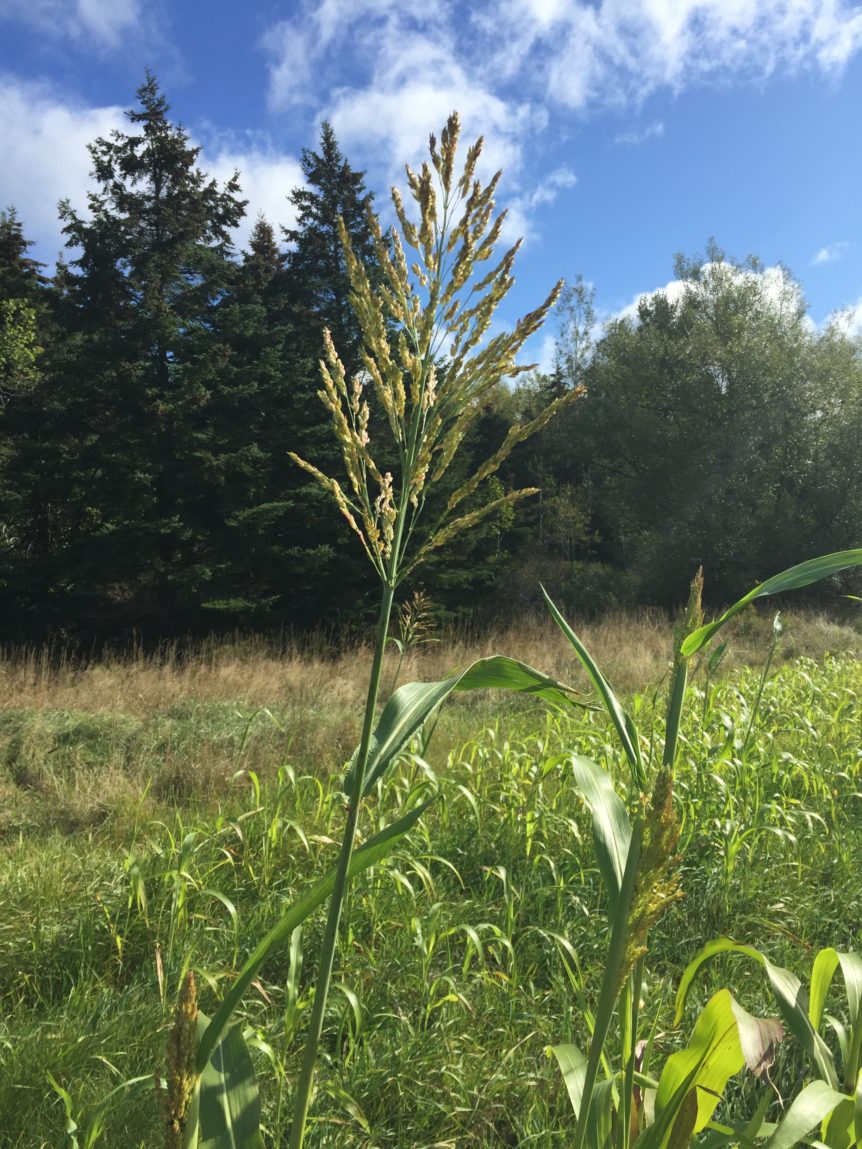 Local experience in the Algoma District has indicated that satisfactory yields from forage sorghum can be obtained using less nitrogen fertilizer than recommended, or none at all. This project was to determine experimentally whether it is economical to apply nitrogen fertilizer to forage sorghum at the rate currently recommended. This project was completed at Algoma Community Pastures, where four blocks of forage sorghum were planted on mulched and un-mulched areas. The Community Pasture was recently mulched by a local contractor, an area that was previously small poplars and tamarack and is now usable ground. The area was mulched on June 10th, 2017 then it rained for almost a month it seems. The sorghum was planted on July 10th, 2017 after most of the area had dried up, with help from the Community Pastures. The blocks received nitrogen at the rates of 100 kg N/ha, 50 kg N/ha, or 0 kg N/ha, as well as background fertilizer. Sorghum is a type of forage that needs heat, which is one thing Algoma lacked this season. Therefore, the sorghum did not perform as well as it could have. Block one showed the most progress, and resulted with the highest yield overall. In block two, the sorghum grew in spots but did not produce very well. Blocks three and four only grew about 4 inches and then stopped. No application showed a benefit on either of the mulched areas. A second fertilization and cut was planned but due to weather and timing it was not accomplished. Overall, this year’s trial on forage sorghum was unsuccessful. The sorghum did not receive enough heat and received too much rain. Another year of this trial would be beneficial in order to see the effects of the nitrogen on forage sorghum on a more regular season.