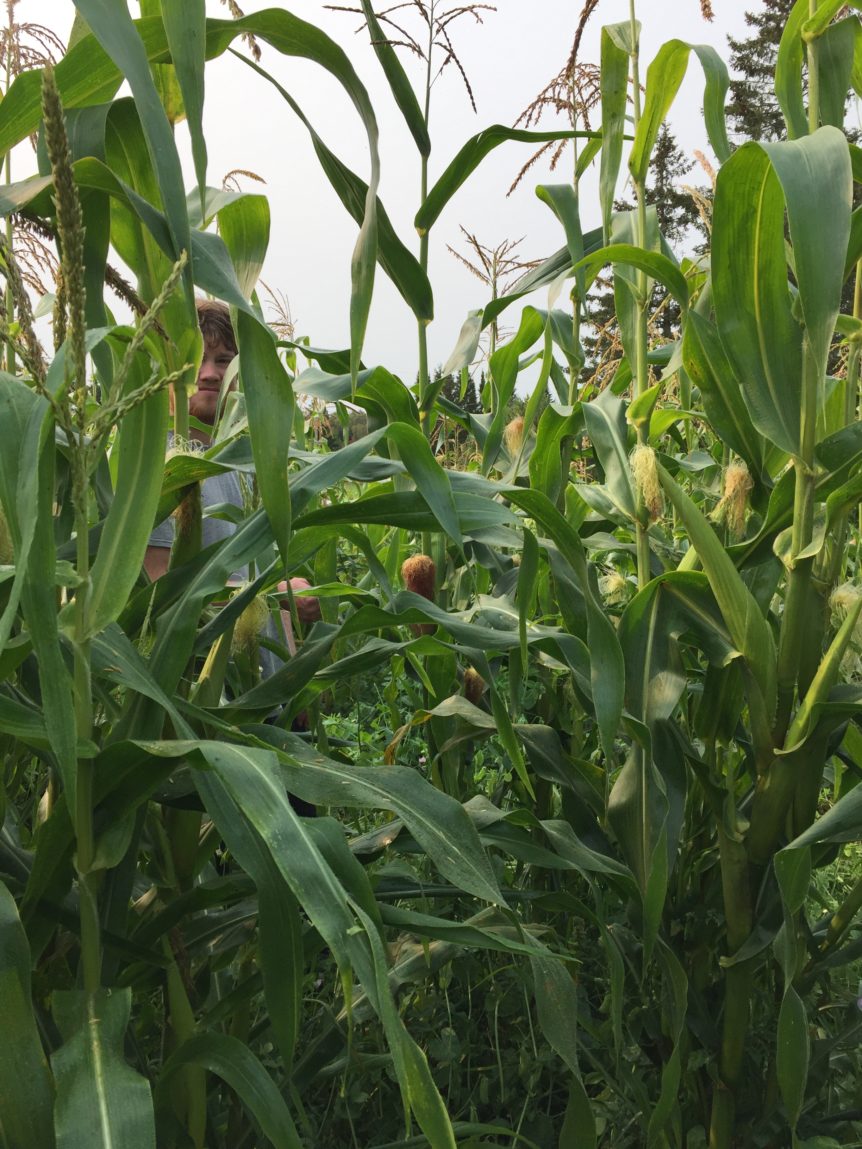 During the 2017 season a small area of a local dairy farm was planted with a corn variety called Master Graze corn in Algoma. This variety is a short season variety but can be grazed or cut and baled. This variety will not produce fully developed cobs, which is why it can be grazed mid-summer. The corn was donated by Dwayne Weber of Choice seeds in Straffordville (email: dgnweber@gmail.com; Tel: 519-878-3728).

The corn was planted on June 14th, 2017 at 41,000 seed/ac. Planted with a no-till drill at 2’’ depth and 30’’ row spacing. The corn was planted in addition to field peas. The area where the corn was planted was slightly sloped. Since Algoma had such a wet year, the corn on the higher areas performed the best. Most of the lower laying areas did not perform well at all, and therefore were not harvested.

The corn grew over six feet tall in the dry areas, with only spring- applied manure for fertilizer. The Master Graze corn was treated with C250- (Cruiser Maxx Corn 250). The corn did develop some rust spots due to the extreme amount of rain. The corn and peas were cut on Sept 15th, and baled on Sept 16th. The feed results came back with a 10.40% crude protein level, and 61.25% total digestible nutrients (TDN).

Overall, the Master Graze corn did well considering the lack of heat and extreme amount of rain. It grew well; on the small area that the corn occupied (under half an acre) it produced four 4X4 round bales. The cows that were being fed the baleage enjoyed it, and have been producing well on the Master Graze. Thanks to Dwayne Palmer, our farmer co-operator.