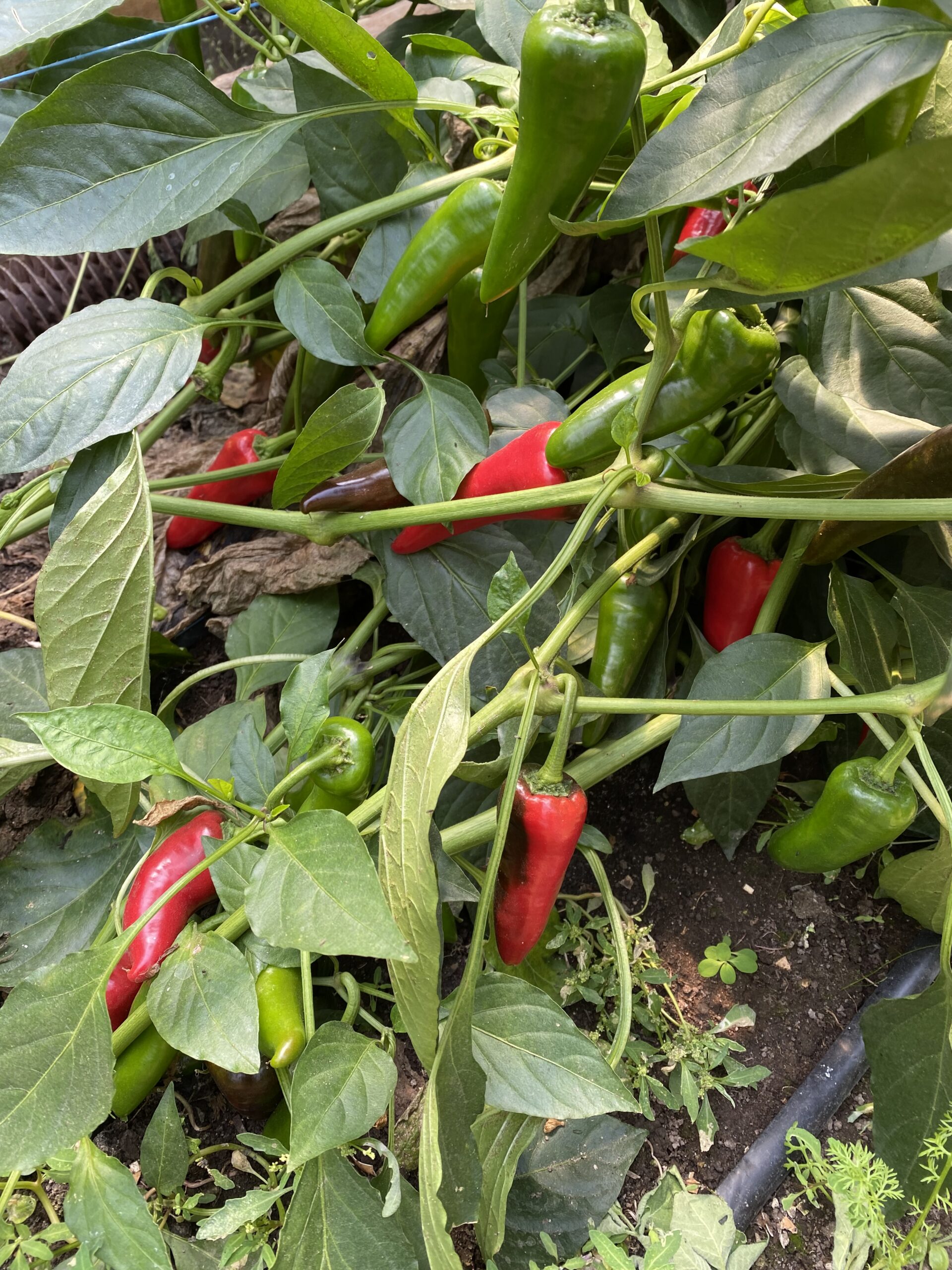 In 2021, a variety trail was developed to look at five different varieties of hot peppers in two different locations in Algoma. These locations were chosen due to the availability of greenhouse space. The five varieties, with Scoville heat units (SHU) are as follows:

Site 1, located in Desbarats started all 5 varieties of peppers in early March. They were transplanted into the greenhouse in early May where they stayed until harvest. All varieties had 10+ number of plants in great health. Harvest was taken by RAIN once a week starting on July 27th (lasting for one month) and ending August 30th. Peppers were harvested by the grower and sold to auction before and after these dates. These peppers grew extremely well in the greenhouse with proper staking and care. Yields harvested by RAIN in pounds are as follows:

Location 2, located in Bruce Mines started three varieties in early March. They were transplanted to the greenhouse at the end of April where they stayed until harvest. All three varieties had 6+ healthy plants. Harvest taken by RAIN once a week started on July 6th and ended August 24th. Peppers were harvested by the grower and sold to auction before and after these dates. These peppers grew very well in the greenhouse but was noted that they should have been spaced wider but were not due to greenhouse restrictions. Yields harvest by RAIN in pounds are as follows:

All the peppers harvested by RAIN were processed and used by UpNorth foods to develop a local line of hot sauce. Three different lines of hot sauce were developed thanks to the use of local peppers from this trial and the local auction in Desbarats.