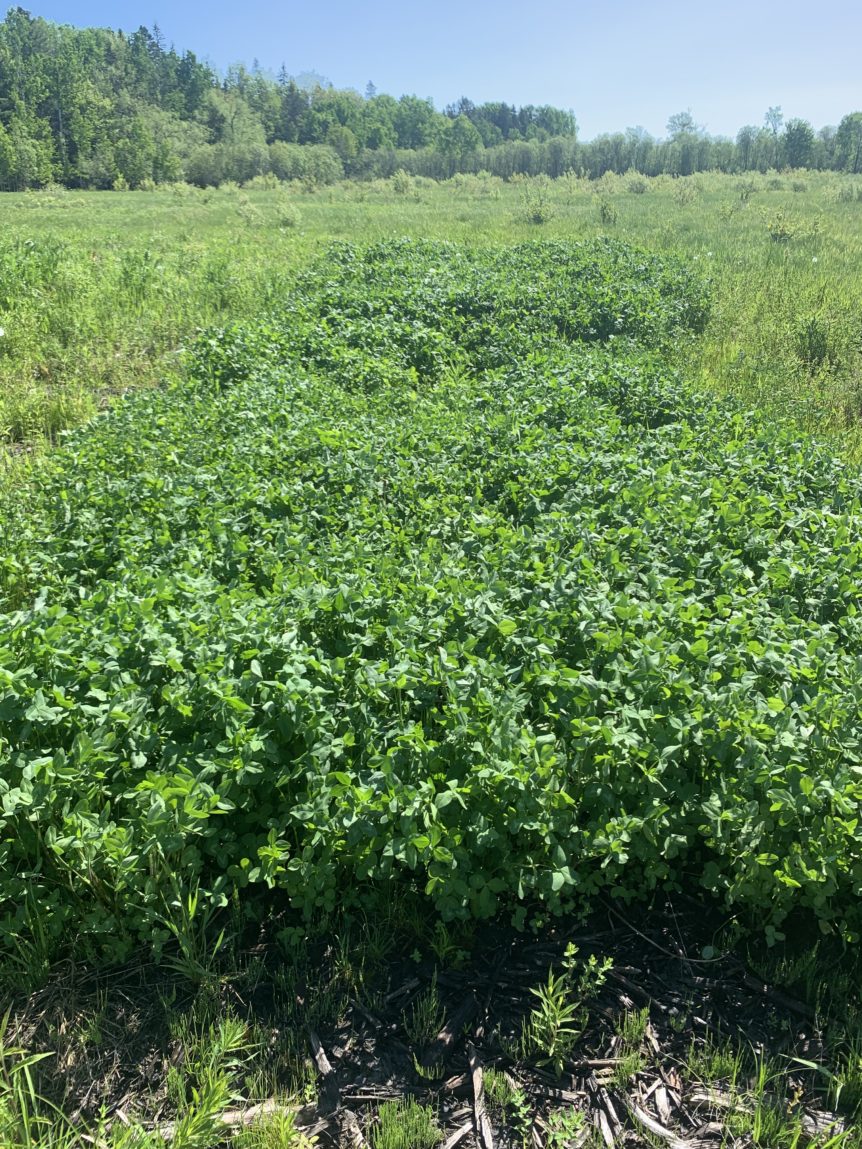 In spring of 2018, five legumes were planted at the Algoma Community Pasture to show alternative legumes that could potentially be utilized in a Northern Ontario climate. Alfalfa is commonly grown as a forage crop in Ontario, but due to its sensitivity to wet and cold conditions it may not be the most suited to a Northern Ontario climate. By evaluating how alternative perennial legumes perform in Northern Ontario, in comparison to alfalfa, the objective was to find the forage that best suits the needs of local farmers and give them the opportunity to choose between comparable forages.

The five legumes that are being compared include galega, red clover, sainfoin, birdsfoot treefoil, and alfalfa as a control. The seeding rates are as follows:
Alfalfa at 13 kg/ha
Galega at 35 kg/ha
Red clover at 11 kg/ha
Sainfoin at 30 kg/ha
Birdsfoot trefoil at 9 kg/ha

2020 was the final year for this project and started out as a wet spring, then turned into a very dry and abnormally hot summer and then back to a very wet fall. The alternative legumes (red clover, alfalfa, trefoil, galega and sainfoin) did fairly-well considering. The sainfoin did not regrow after the past winter. Certain plots of the galega did well though. Alfalfa and trefoil almost tied for top yielding, however birdsfoot treefoil yielded more than an other legume. The purpose of this project was to show if there were other top leading legumes Northern Ontario producers could use in their hay crops. It has been shown over the past three years that red clover, trefoil, and alfalfa are the top contenders. All three legumes were able to over -winter and establish well each spring. These three legumes have been used for many hay crops all over Ontario. Top yielding legumes are

Now, that is not to say that galega and sainfoin should not be used as a legume in your hay mix. This trail was completed on land that was not tile drained. Galega is known to be very picky when it comes to early competition and sainfoin has been known to do better on tiled ground.
This project could not have been completed without the help and support of the Algoma Community Pastures Association.