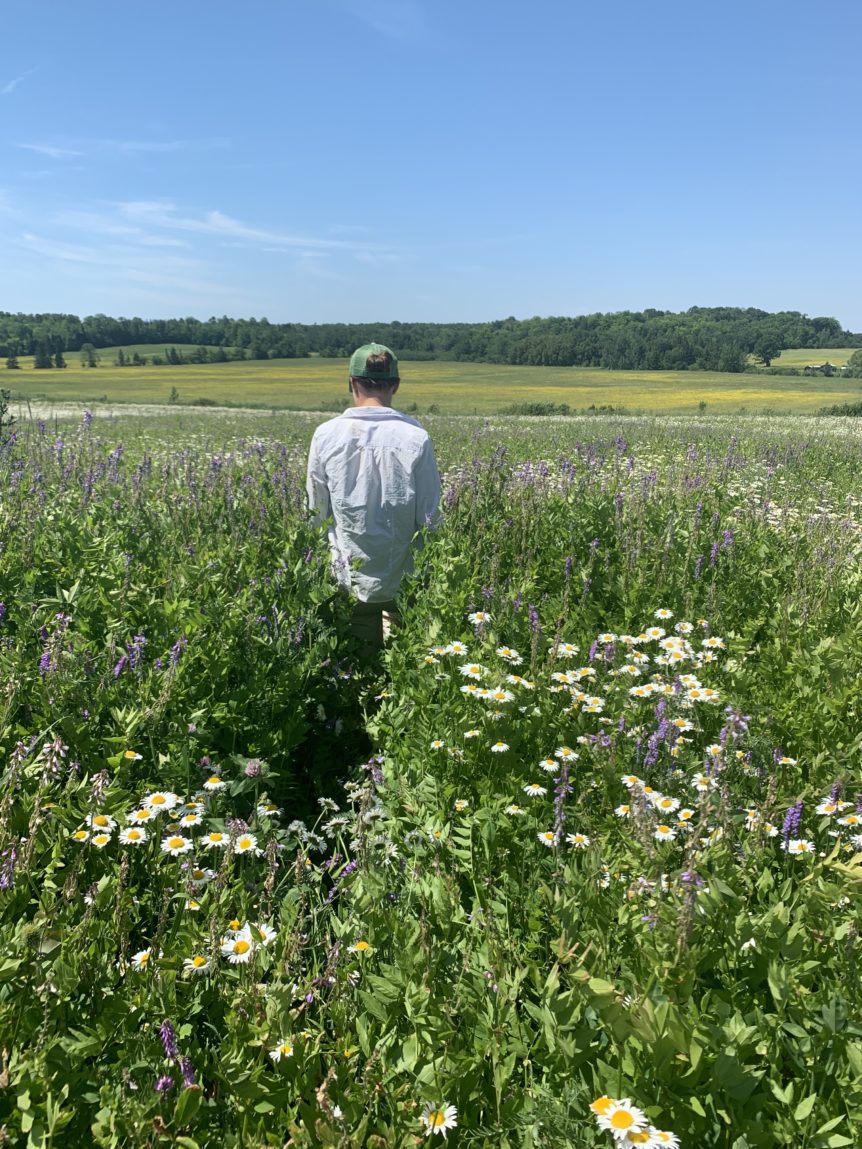 Through Partnership with LUARS (Lakehead University Agriculture Research Station), RAIN has developed a research project in order to find the optimum seeding time of galega in its establishment year, in terms of weed control and yield. Taking place in Algoma and Thunder Bay, the project is currently in its second year, with one more year in 2020.

The galega grew very well this year and had an exceptional yield. The 2019 summer in Algoma was very dry in the beginning, and then very wet towards the end but the galega still thrived. With the galega trail in Algoma, there are two separate areas of galega. One planted in mid-June (early planting) and one planted mid-July (late planted). The mid-July planted galega was planted after the weeds had grown up and then been sprayed off. This method was used in order to see if the galega would be able to establish better without the pressure of weeds but much later in the season.

In Thunder Bay, the galega did not grow as well as previous years. It was pale and gave less dry matter yield than alfalfa. However, it was noted that some treatments; especially Basagram Forte spray was quite effective in weed control in the galega.