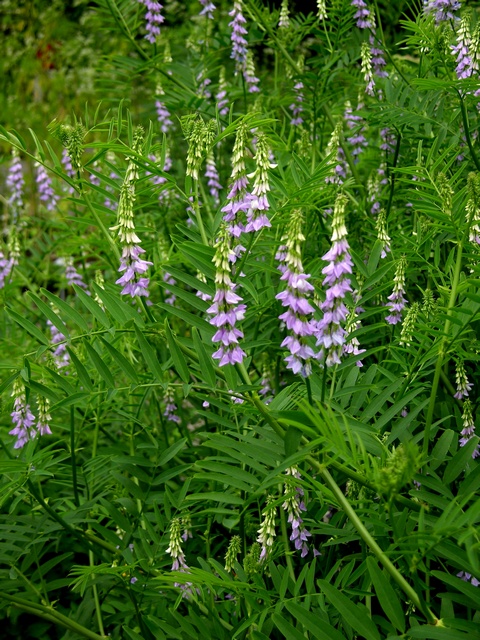 Galega (Galega orientalis) is a relatively new, perennial forage which has origins between Europe and Asia and is currently imported into Canada from Scandinavia. The legume has the potential to rival the alfalfa currently being grown in Ontario as a forage crop in both yield and protein content. Its earlier growing time in the spring allows for Galega to better compete with emerging weeds than alfalfa, which also results in an earlier harvest time.

Galega has been shown to be more winter-hardy, persistent, and have a faster growth rate than the alfalfa currently being grown in Northern Ontario. Furthermore, it is expected that the crop could be cut 2-3 times in Northern Ontario and 3-4 times in Southern Ontario, the same number of cuts as alfalfa. This and further research has been conducted by the Thunder Bay Agricultural Research Station (TBARS) for the past eight years.

Though its ability to compete with weeds increases with the development of their canopy, in the first year of establishment Galega is a poor competitor to emerging weeds. This does improve in subsequent years due to its earlier growing time in the spring, however the establishment year is crucial to the crop’s overall success. Through current efforts at the Rural Agri-Innovation Network (RAIN), research is being conducted in order to find the optimum seeding time of Galega in its establishment year in terms of weed control and yield. This will be performed through the following four trials while measuring for growth, stand, and weed percentage:

Duplications of these trials as well as further research into herbicide trials on Galega will be performed and supported by the partners of RAIN: