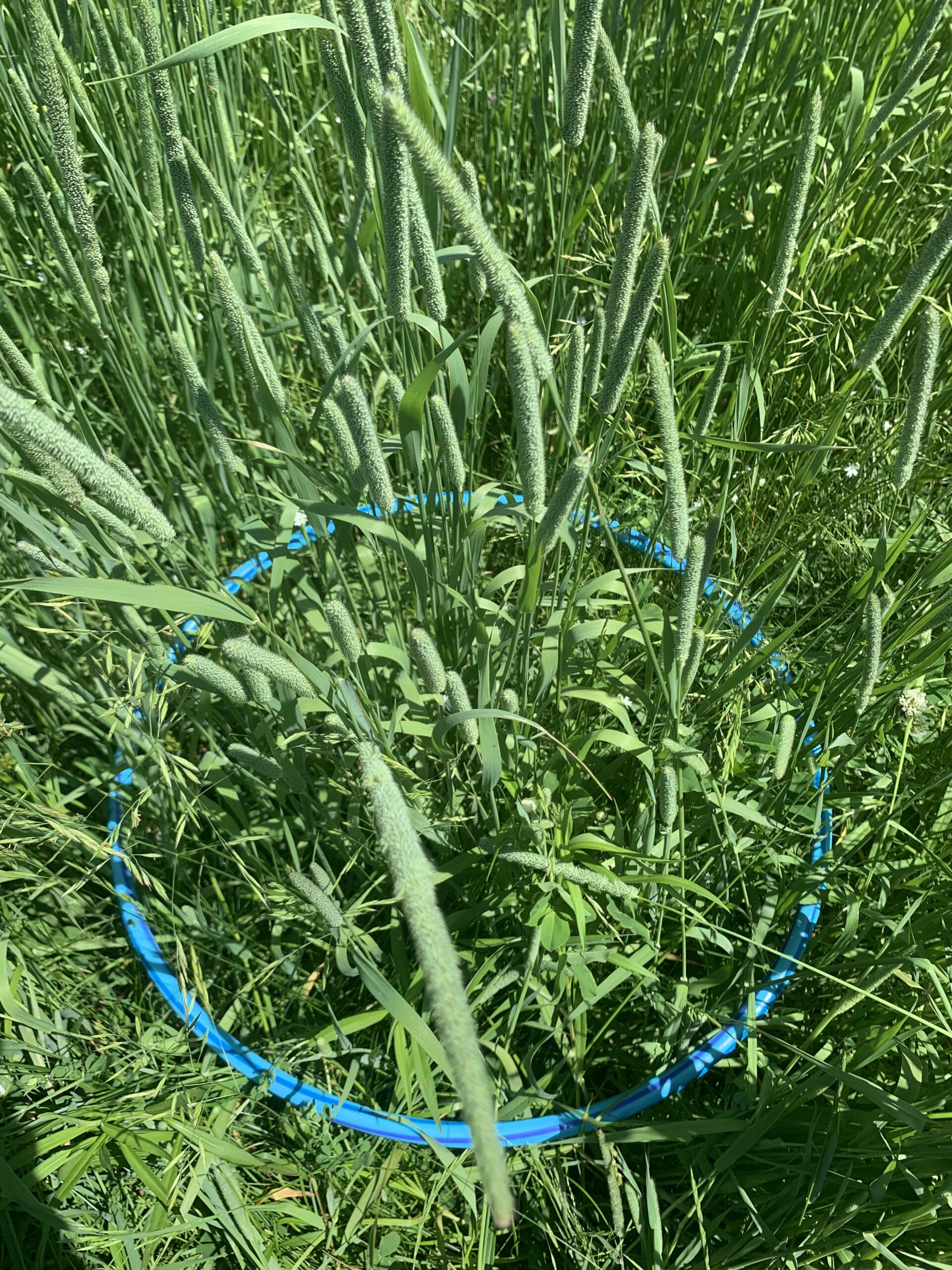 In 2017 a new technique to Northern Ontario was demonstrated called cross-seeding (or cross drilling) in Algoma, Thunder Bay and Emo. Cross-seeding is a technique for establishing a crop where half the seed is planted in a conventional drive pattern using a seed drill. The other half of the seed is drilled at a 45 degree angle to the original pass in order to achieve better ground coverage. Better coverage can help reduce soil erosion and assist sown forage crops out-compete weeds, resulting in better quality and higher yielding forage.
This part of the project was conducted in order to assess if a second pass on a field resulted in a significant enough yield to make it worth the time and fuel. There were three locations in Algoma, two locations in Thunder Bay and two locations in Emo comparing a cross seeded side and a conventionally seeded side. In all locations, sides were treated the same (fertilizer, cover crop, etc.) and cut and baled at the same time. Throughout the three years that this trial was being monitored, each year a DM yield was recorded and analyzed.
First year showed that the conventionally seeded side out yielded on every location, but only by a very small percentage (2%) in Algoma. However, at both the Thunder Bay and Emo locations, cross-seeded out yielded by over 3%.
Second year showed that the cross-seeded side out yielded on every field by more than 3% in Algoma, Thunder Bay and Emo.
Third year showed that the cross-seeded side out yielded on ¾ of the sites by more than 4%.
With this information, an economical analysis was conducted in order to see if the extra yields could not only cover the cost of the extra pass on the field but also turn a profit. On average it costed an extra 0.63 cents/acre in fuel to cross-seed, and an extra $45/ac (for labour time) to cross-seed. With an average of an extra 1.5 bales/acre on the cross-seeded side ($80/bale), looking at a profit of an extra $120/ac.
Under the conditions of the research trials, cross-seeding has showed an extra $74/ac profit that could be realized.