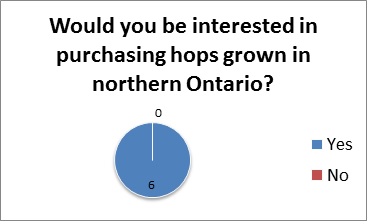 A small group of farmers in Algoma have approached RAIN for support investigating whether hops production could be viable in Algoma District. RAIN surveyed breweries based in northern Ontario to determine if there would be a market for local hops, and if growers could supply the growing micro- and craft beer industry. This survey was presented to craft and microbreweries in attendance at the Northern Ontario Microbrew Festival in Sudbury. Seven responses from six breweries were received. Where the two respondents from the same brewery agreed, the duplication has been deleted. However, where their responses differed both are included to reflect the full range of answers provided. 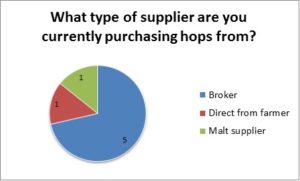 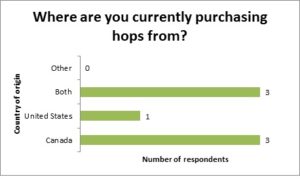 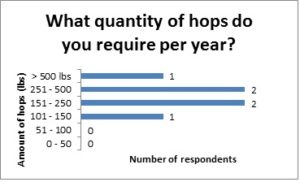 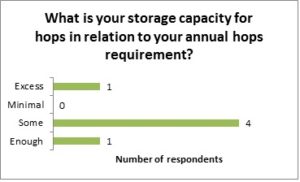 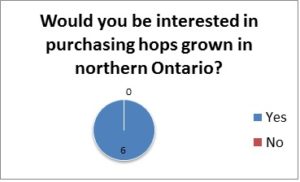 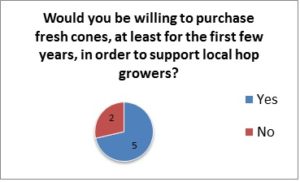 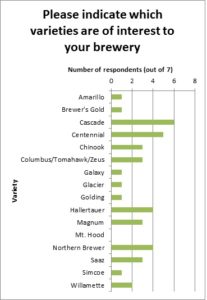 Additional comments on varieties indicated that some breweries would be interested in varieties not listed above if they were available locally. This creates some flexibility for growers and would allow breweries to capitalize on the local food movement.

Compilation of answers to question “How do you like your hops packaged? Please rank your answers from most to least preferred.”